Blog
Rui Sanches on the cover of Forbes Portugal
November 2019

The founder and CEO of Plateform was featured on the cover of the November edition of Forbes Portugal.

In a wide-ranging interview that covers his life and career, Rui Sanches talks about the path he has taken since 1998, the year in which he opened his first restaurant, Vitaminas, in Atrium Saldanha, in Lisbon. 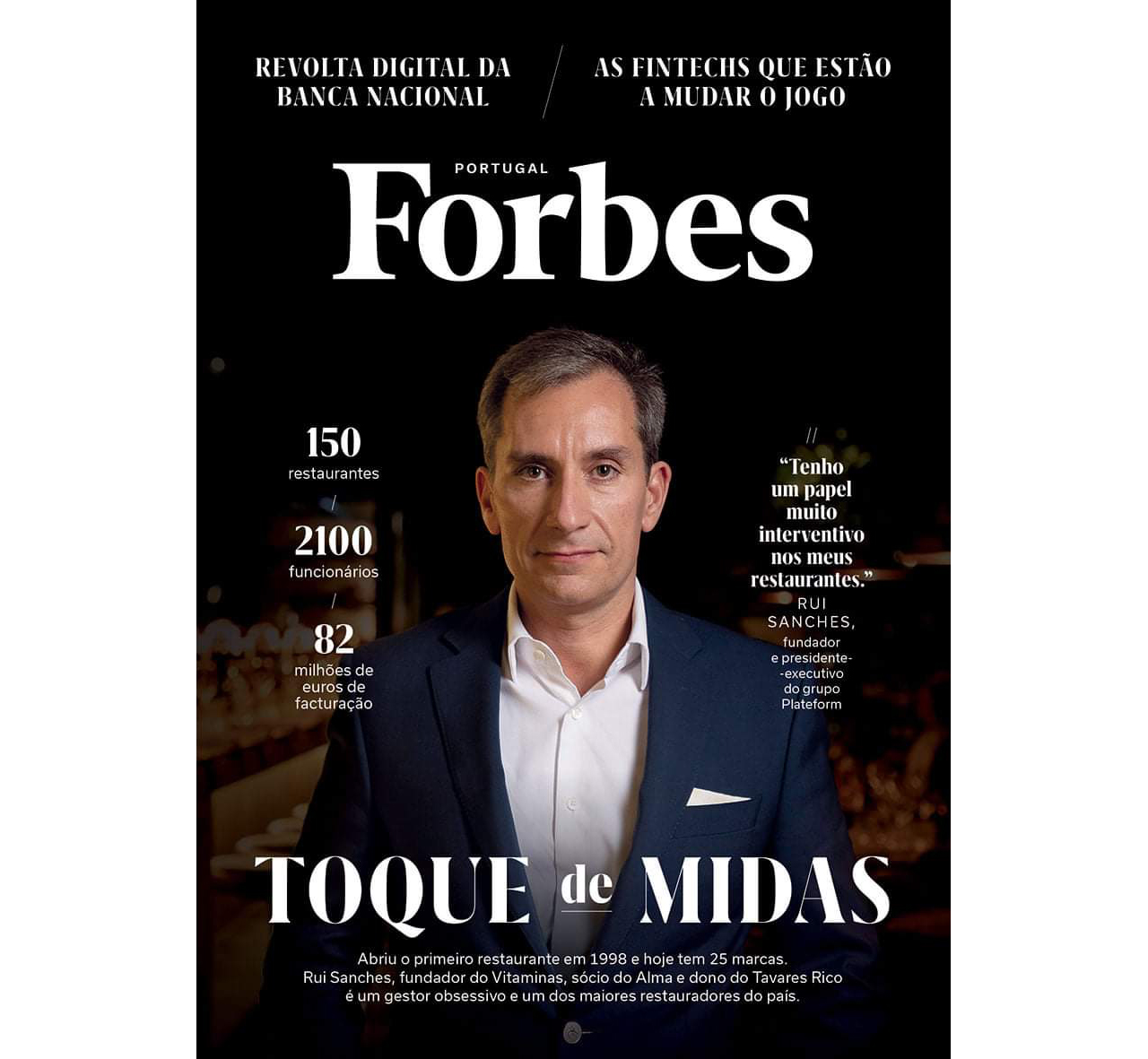 “What we do is to ask questions to find out how we are going to get around problems. You have to go into the details”, says Rui, who defines himself as a “professional questioner” in the article.

The 21 years of the group’s life are covered in depth in a full article, that also includes contributions from Henrique Sá Pessoa and Luís Gaspar, two of the chefs on the Plateform team.

“Plateform, created in a shopping centre and fast food environment, is not bound to its origins, but it also does not deny them”, the article says.

Besides the lead article, Rui Sanches is also the main subject of the magazine's editorial. “[Rui Sanches] sees himself more as a creative director than the CEO of Plateform. This does not mean that he doesn’t lead or take decisions, just that he has not set aside the qualities that made him one of the country’s biggest restaurateurs: creativity and a very hands-on approach to, and control of, everything that goes on around all the restaurants”, Luís Leitão writes.